Not a joke he should make.  Totally tone deaf, sorry to say.

I understood exactly what Biden meant and most Black folks I know did as well. I also agree with the sentiment- if you’re Black and you’re confused about ‘choosing’ between him and Trump than you have no idea where this country is heading, who’s responsible and who will end up on the sharp, shite covered end of the stick when all is said and done. As far as being ‘offended’ by what he said- I’m not. I’ve been Black all my life- I’ve heard worse. The current President says that people that look like me come from sh!thole countries. Biden thinks the choice is obvious and he’s right. He’s an old white man who imagines a certain familiarity with Black people. He’s right, his former proximity to Obama gave him that connection. Neither one did anything to earn it in my opinion, but that’s another story. So, Biden does have that relationship- with older Black voters, like those in South Carolina and here in the NE. But younger voters- not so much. The host of the radio show he was on is relatively young and still coming into his understanding of history and politics in America. He knew what Biden was talking about as well, but controversy gets clicks and views and listeners so there you have it.

Saying that doesn’t mean I’m an apologist for Biden. He’s a mediocre politician with an extremely suspect history who will always put his foot in his mouth. I’m fine with that. At this point Biden could talk shite about my mother and I’d still vote for him. There is no other choice. Black folks had an opportunity to support a variety of Black and brown candidates during the primary- and none of them passed muster. The reasons for this are complex, but it is what it is and Biden is what’s left. The reality is that Trump provides cover for a host of activities that don’t bode well for most Americans and particularly Black folks. He’s been allowed to get away with most of his crap because at the end of the day his actions support the power elite and uphold white supremacy. The speed of his hustle is increasing and four more years will be disastrous and life threatening. I’m reminded of the very basic level of danger associated with Trump and his administration every time I see a phalanx of ignorant, masked white men in camouflage armed with semi-automatic weapons testing their ‘rights’ by infringing on the rights of others.

I’m not naive enough to think that making a politician ‘promise’ to do anything pre election will amount to anything after he’s elected, so I’m prepared to be challenged by and inevitably disappointed with Biden’s tenure. This has been the case with every presidential election I’ve participated in- the difference here is that this Trump presidency has laid bare the vicious ignorance of American culture, and accelerated the reestablishment of a virulently oppressive society- something has to be done. I know that Black folks don’t do well in America when times are desperate and we are moving into very desperate times with little relief in sight. 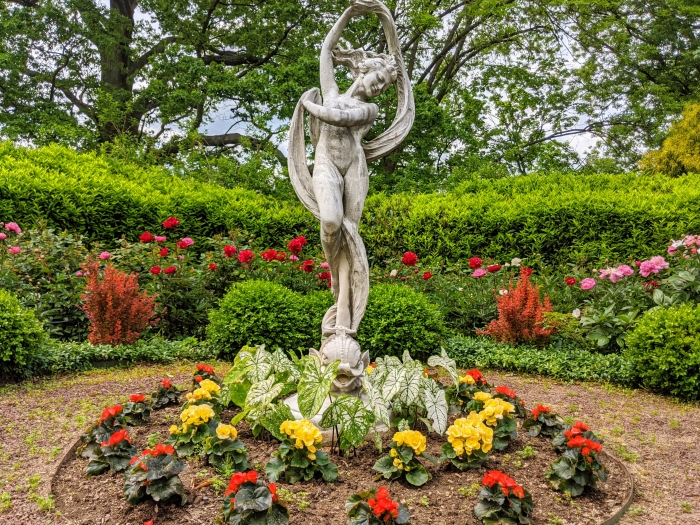 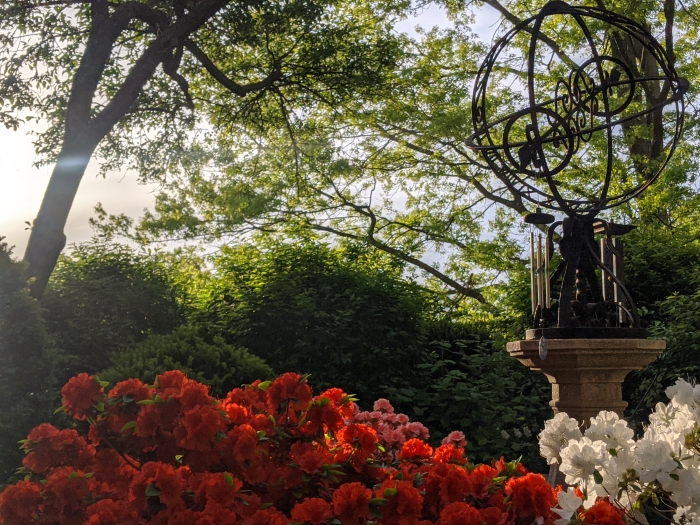 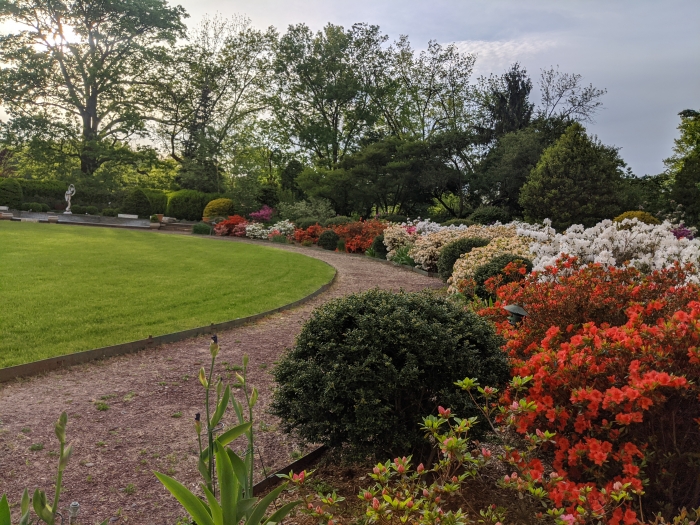 I don't accept the presumption that they are reopening because they think things are moving in the right direction. I would argue that their motivations are more political and based on the level of dissent they are feeling.

I would be more comfortable if their policies were governed more by science than politics, and especially if Murphy's were less influenced by Cuomo.

I would be more comfortable if the lead speakers at their pressers were scientists.

I would be more comfortable if I believed that the majority of people were taking the health risks seriously.

I don't know how any of you have the patience or stomach to attempt adult conversation  with this thing.  It is a virus, right here in our own community.  Distributing falsehood and celebrating hateful incompetence.  Again and again showing its' true colors.  It is a burden on the universe.  The alternative poster referenced above is likely no better.

Look at this new sub-species of cockatoo found in Australia. 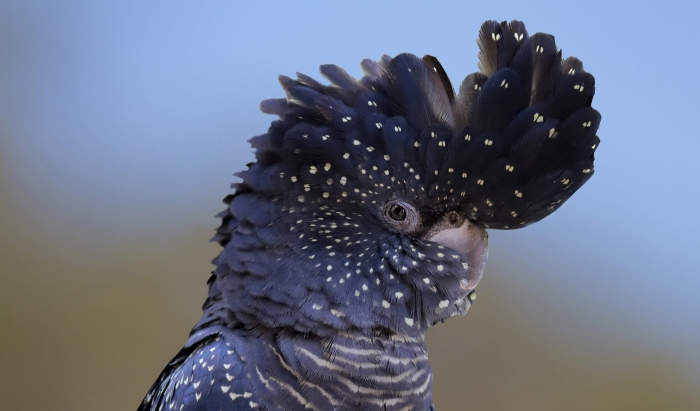 Am I the only one who finds talk here of who Biden "should" pick kind of presumptuous? Is anyone here possessing of that kind of deep knowledge and expertise to know that?

I know some people who would appeal to me, but that's not to say the campaign isn't vetting someone who will be a really good running mate, and who hasn't even been mentioned in this discussion.

did you wake up grumpy this morning?

Thanks to all who have served.

May 25, 2020 at 9:20pm
Discussion: Rose Garden and Washington happenings in “new normal” times

Sure  -- there were a few things of substance she could have responded to from my post, but she didn't pick those up either; she only deigned to notice the part that called her out by name in an unfavorable manner. That's the way she works -- only that at which she can take offense or use to attack Democrats catches her eye. It's a sure-fire way to encourage little discussion but a great deal of heated invective, bringing out the worst in everyone. And for that reason, I'm going to return to my previous practice of keeping my distance from this thread -- there's little of worth to be gained here and much risk of falling prey to bad online instincts.

well, there was a pretty good exchange among you, daveschmidt and me.  So maybe it was worth it even if mtierney didn't read our posts.

Just released, from your very own Maplewood Glee Club

Aiden is doing great. Thank you. I can't separate myself from an animal's fear. In my head I'm in the cage with them all day. I rarely agree to leave them overnight but this surgery went from under the chin and neck into the middle ear to remove the polyp which can grow out through the ear or branch towards the nose blocking breathing or up towards the brain. Lots of nerves in the pathway and this Vet is a well respected. Her name is Dr. Carberry and I thought she deserved recognition.  Aiden's baby picture below. He is now 9 months old. 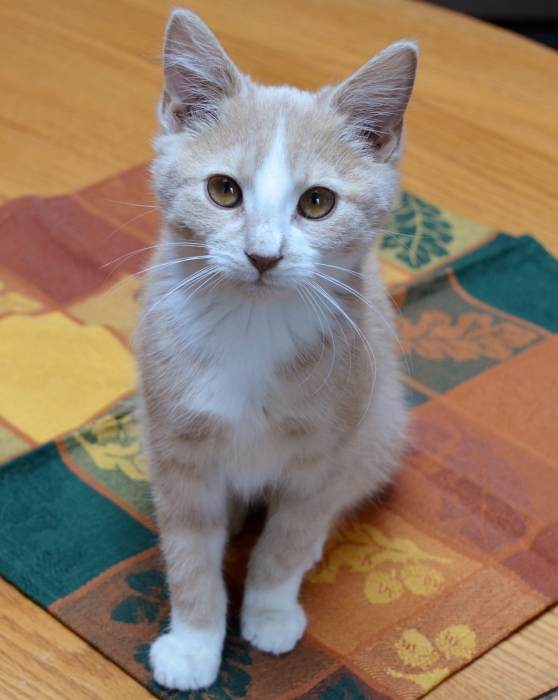