If you want to know what Trump is thinking about - look no further then OANN:

Top news story at the moment:

The Trump campaign could be looking to block election officials from finalizing results in contested states as a legal battle continues to be waged over voter fraud.

According to reports Wednesday, the President’s team could take this legal route in order to deny Democrat presidential nominee Joe Biden the change to a victory.

Basically the overall issue Trump and his legal team are claiming are the counting of illegal ballots.  Here's the article disputing the MSM's claim

Here's how the FEC chairman put it:

“When you have claims of, you know, 10,000 people who don’t live in the state of Nevada having voted in Neveda, you have the video…they’re (poll workers) either duplicating a spoiled ballot there or they’re in the process of marking a ballot that came in blank for a vote,” Trainor explained.

State law does allow them to fill out a fresh ballot if the original is not being accepted by the ballot machine. One person reads the selections and the other fills them in. But very susceptible to fraud. That’s on the state legislature.

Here's the full video - note he says that he has no proof of voter fraud - around 4:30 mark.

As for the Nevada claim where 10,000 people who don't live there anymore voted- I haven't seen the proof of this.  But, Trump voted in Florida, Pence voted in Indiana (using the Governor's mansion address which he left in 2016), Kayleigh uses her parent's address in FL despite living in DC and having a NJ driver's license, Wilbur Ross - Florida, pretty much the whole cabinet.

Every time I see that channel's abbreviation (OANN) my brain keeps switching around the "A" and the first "N".

Interesting that they have the cost of illegal immigration as a permanent ticker on the home page.  Wonder how it's calculated.  Is Stephen Miller in charge of tabulating this? 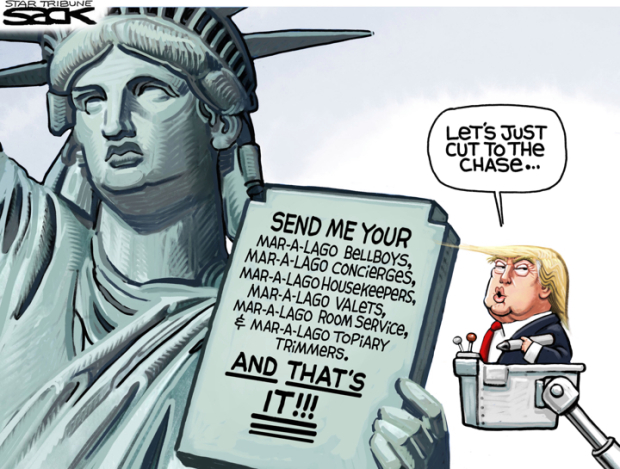 What does the ad below the immigration ticker tell you about their target market? 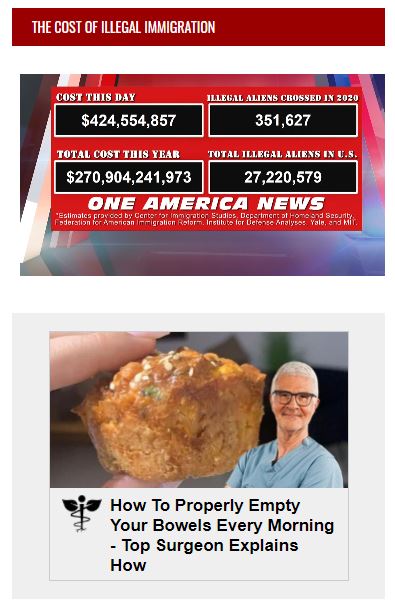 What does the ad below the immigration ticker tell you about their target market?

They’re lacking fiber in their diets?

Or maybe they’re constipated... their siht is backing up to their eyeballs.

Every time I see that channel's abbreviation (OANN) my brain keeps switching around the "A" and the first "N".

Sadly, Pluto.tv, which I otherwise love, runs OAN, Newsmax and about 3 more Trumpist channels 24/7 so there's always another outlet.

I figured I would use Newsmax related stuff in this thread also.  They're now going after Champ!

The former guy was the only President without a pet.

I was wondering what OANN could possibly be covering without Donny in charge.

Not too much of a surprise.  The GOP is truly in major trouble. 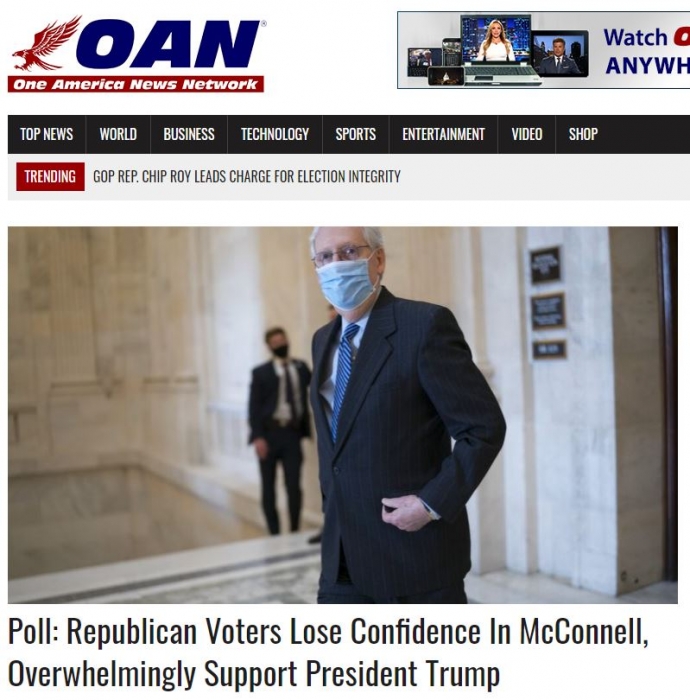