So we have a vague notion which might eventually evolve into something interesting.

What we need is some input:

what is it for you that makes you think of "Britain" or "England"? 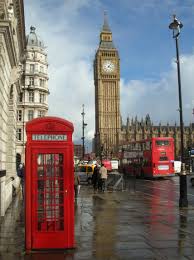 The list and pic (bus - booth - big ben) pretty much nailed it. Are you asking which on your list most reminds us of Britain? I'd add Sherlock Holmes, The Queen and the Royal family.

English country houses, Bertie Wooster, Bell towers, Lutyens, the Duchess of Cambridge, the V&A, and yes.... Shakespeare and the Globe.

Oh - add Monty Python and also the typical in London of identical terraced flats around a central square (the subject of a lecture I recently gave!) 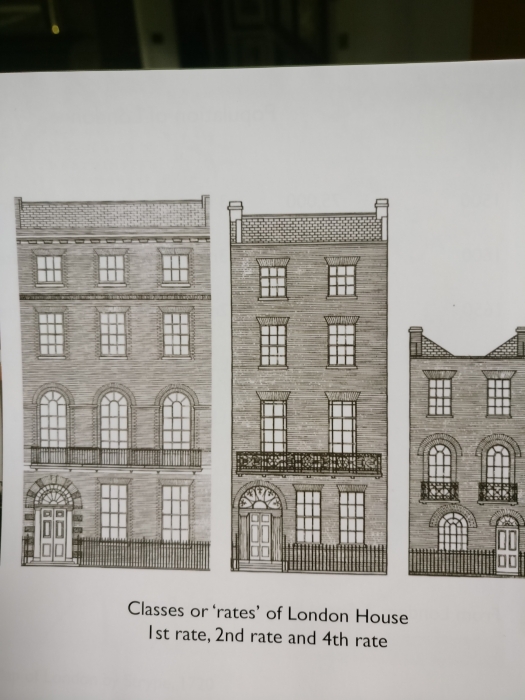 ...among others from the various "invasions" over the years. 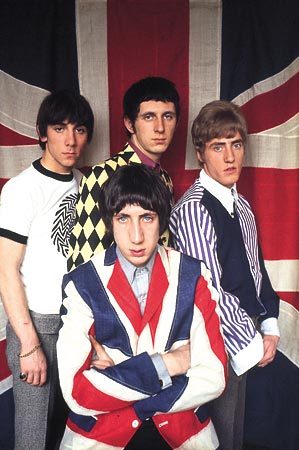 My first thought of British (England specifically) is The Young Ones.

A friend of a friend was posting on FB about his trip to Greece. This guy is British and lives in England. Apparently he was pre-gaming before the flight, and continued drinking heavily during the flight. When they arrived in Greece he was, by his own admittance, very drunk. He tripped going down the stairs and landed face first on the tarmac. Undeterred, he sat up and yelled "THE BRITISH HAVE ARRIVED!!!"

I've never been to Greece, but I did see some of the stag and hen parties in Barcelona (apparently that is the go-to city for British stag and hen parties) I can safely say that this gentleman's description of his arrival in Greece pretty much matches my perception.

Don't get me wrong, I've been to England, Ireland, Scotland, and Wales. I liked it, and would love to go again. I just don't buy the image of everyone daintily sipping tea while nibbling on tea cakes and having glug-glug jugs on their kitchen tables.

I rode my bike through the British Isles for two months when I was 20. The most memorable thing was the ancient road routes that went up and down the steep hills without switchbacks. I eventually learned that they are some of the hardest roads to climb in Europe. The British people I encountered had trouble believing I pedaled up the hills rather than walking them, but I was stubborn about that (and still am), and I pedaled up every one of them.

I rode my bike through the British Isles for two months when I was 20.

Prepositions are so hard to choose.

Prepositions are so hard to choose.

Just demonstrating another rather unique facet of being British... The casual piss-take.

To Spontaneous' point, yes, the Brits do treat alcohol consumption like an extreme sport. We're a normally very reserved bunch, so when given any excuse, we tend to go a little off the rails and get, as we would say, utterly munted. Not all of us, of course, but in general British people work to live, rather than living to work, so weekends and mini-breaks and Stag and Hen parties can get a little hectic, especially for those not involved.

Also, Barcelona is only one main destination for these events, Prague and Hamburg are also big destinations.

Don't get me started.

Thank you for the heads up, my husband wants to go to Hamburg to see Miniature Wonderland (I'm sure I spelled that completely wrong) and fool that I am I am actually considering flying halfway around the world to see model trains. The things we do to keep our spouses happy

Not Downton Abbey or other period dramas, and not bobbies or castles or royals. For me, it's spectacular and varied countryside, weather that I love, tea, pubs, some good friends, history, wry wit, fashion, great food (really!), trains, amusing town names, chocolate, and me being utterly happy. The UK (or parts of it, at least) is my favorite place on Earth.

Don't get me started.

I never even touched your started.

Also the dreary town from Time Bandits made me think England was a dump as a kid.

Loving all this. So tempted to comment, but that would get in the way of what I want to see. I would just say that as a non-citizen I don't get to vote, but still pay taxes, so the no taxation without representation" is ironic....

Crumpets...did you ever encounter pikelets?

Real scones, as in Devonshire tea.

That amazing town that's all book shops (or is that in Cornwall, or Wales?).

Hadrian's Wall, or the bits of it still remaining in random piles all over the country.... Not to mention those Roman villas being found under carparks and cow paddocks. For that matter, Tony Robinson and anyone who's ever appeared on Time Team including Phil the Dig.

QI, in any version.

Frost Report, and the Goon Shows. Joyce Grenfell. And Harry Secombe singing - what a surprise his voice was. The Two Ronnies, both of them. Mr Hitchcock and his wonderful timing.

Agatha Christie, and the Bronte sisters - the way they described their villages and their characters, with such love and such intimate knowledge. As much love and pride as with the The Goodies, who poked fun at their depictions, or the people in Midsomer Murders who killed everyone off in theirs.

Hmm, the hen and stag parties are in Berlin I think, not Hamburg. I'm currently flying the London-Hamburg route regularly due to a family emergency and have never encountered hen/stag party folks on the plane. But the weekend flights to Berlin are full of that sort of crowd.

Proper English spelling and pronunciation. Not the American version.

Return to all Discussions
Return to Blogs